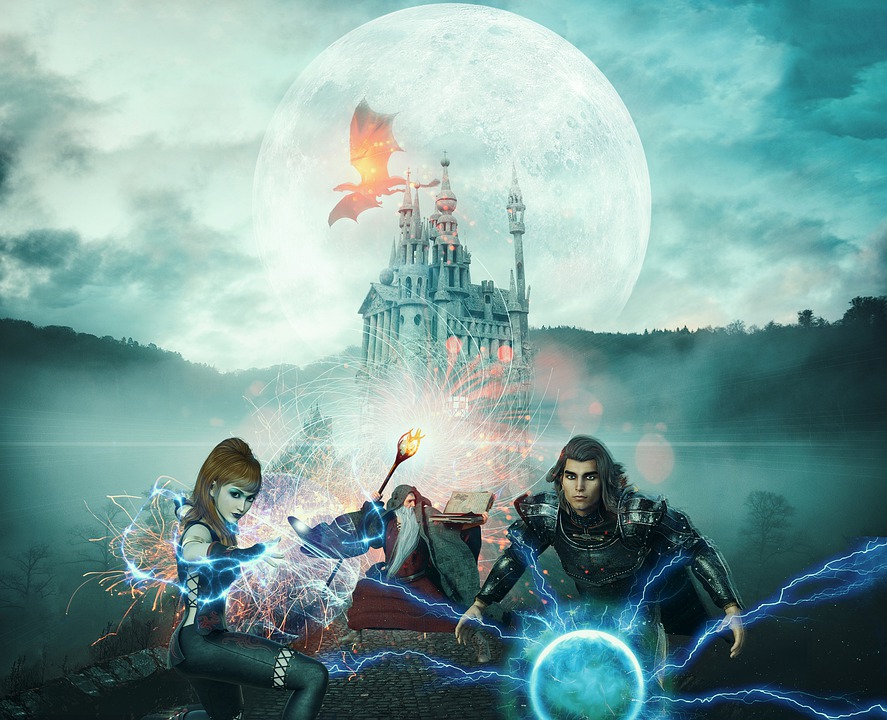 A few weeks ago, I posted a twitter an open request for questions from readers about the setting of Tempest Blades. The most intriguing questions that evolved into a long post were by Leo McBride:

You have magic and technology side-by-side in your world – are there notable examples of tension between adherents of the two sides, and was there outright conflict as technology was first introduced?

Yes, and in a big way. When the 3 species arrived to Theia, humans had lost all their tech. Samoharo took theirs to their continent and kept it hidden for millennia. Magick was exclusive of the Freefolk for their biology made them the only ones able to channel magick energies. While dragons (still alive back then) and samoharo served as mediators, the Freefolk soon became the major power of the world. Especially after the Titan Hunt. Humans being humans, developed technology from scratch to level the field.

Sometimes with help of the Freefolk (see titanarmors, which are basically magick infused armors), sometimes to fight them (rifles, explosives and so on). It all came to a head when the Asurian Empire declared war on the Freefolk (the whole species). An intercontinental war erupted between the two powers, with increased escalation (IBMs, bioweapons -see Buried Sins-), that ended by killing all the dragons, erasing the Empire from the face of the planet, and ending the power of the Freefolk.

The trigger point, technologically, that prompted that?

The Asurian Empire was an expansionist power that believed that they should police the world. They feared the Freefolk because their magick, unlike the human version, doesn’t require long, complicated rituals. 1 in 10 Freefolk can cast magick naturally. And magick back then beat most regular weapons. The Asurian had already conquered the Straits, were encroaching the Kuni Empire and wanted all the lands above the World’s Scar, for they are rich in ore. But those lands were Freefolk. When they clashed, the Freefolk handed them a massive defeat. So for the next century, the Asurians worked on developing countermeasures for magick, including enhancing tech that could allow soldiers to kill Freefolk with ease and ballistic weapons. That tracked and exploded in contact with the magick energies. That’s why dragons had to intervene to stop both sides from killing each other, and in turn ended dying.

What are the legacies of that in social terms in the modern setting? Prejudices, laws, etc?

The Freefolk are seen with distrust (although that stems from when they were shapeshifters, before the magick) because of their innate power for magick, so they lost most of their lands south of the Scar and there are political parties that use them as scapegoats. When things go wrong (like in the Great War, despite the fact that the Freefolk were victims of massacre during the war and only 3 of the actually participated on it, Fionn and Izia for the Free Alliance and Peremir for the Blood Horde). So they are subject of racism. Magick is usually only allowed within Freefolk territory, for magic shows, school, research, emergencies or with a special permit. Bioweapons and nukes are banned (although most of that tech got lost after the Fall of the Empire).

Fionn’s actions during the War and after, the peopletarian work of the Foundation, the arcanotech research, better education, and the threat by the Samoharo to step it (which scares the hell of everyone) has helped to erode the racism towards Freefolk, except from certain political parties across the Alliance that see them as rivals for power and refuse to return them their lands. The Kuni have good relationships with the Freefolk (as they were also enemies of the Empire). And the Freefolk mostly stay on their lands to avoid more problems. And the Empire is seen as the example of the worst of humankind, the cautionary tale of what not to do and most people would prefer to see it erased from history. Only its capital, Meteora, remains as a city state in the Wastelands, a hive of scum a villainy.

So there it is, a bit of info on the backstory of Tempest Blades that informs what’s happening currently in the books (yes, plural, more on that later).