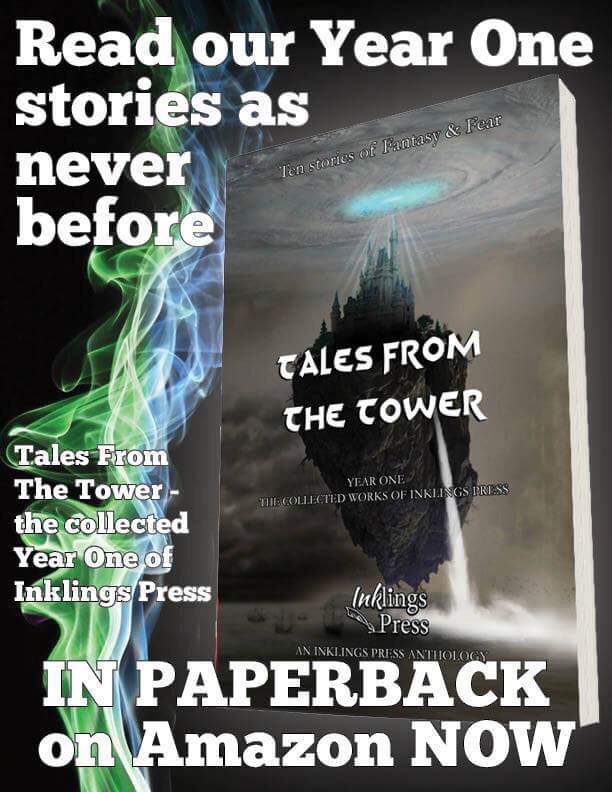 Inklings Press, the writers’ collective were my shorts stories are appearing in anthologies is finally releasing the first two,  Tales of the Tavern & Tales from the Mist,  fantasy & horror respectively, as a single paperback & ebook under the KDP system at Amazon. It will cost  $8.99 and will feature 10 stories, five for each genre. It was decided to create one book out of two smaller anthologies due the size.
My stories featured there are:

“Silver Horn”: a young man has a simple mission that takes a somewhat humorous bent. I wrote that story when I was in college and *shameless plug* won 1st place at a contest.

“Bone Peyote”: cosmic horror in the venue of Cthulhu Mythos, but taking place in Mexico City during the Day of the Dead. There is a reason you don’t mix hallucinating drugs, forbidden rituals and a  celebration when the dead come to visit in a country that had strange gods.

You can buy the paperback already here.

I already ordered my copies. Yes, plural. Have you? If not, stop reading and go to buy it now.